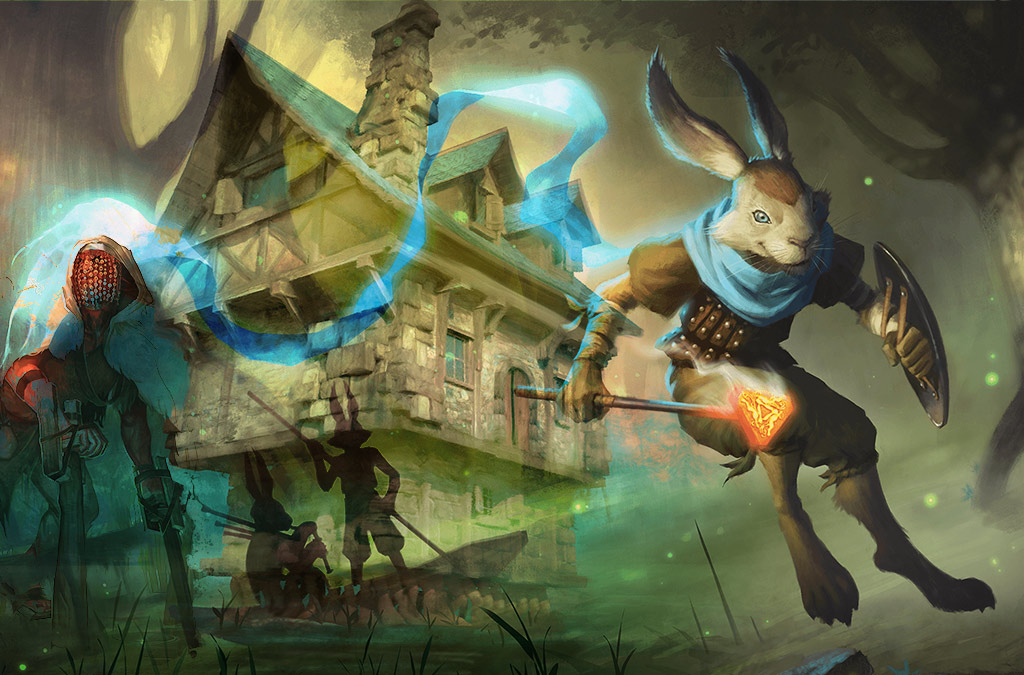 The party departs Telemy Hill with the goal of finding and dealing with a group of harengon bandits. As the group travels through the swamp by their raft they encounter several more interesting sights. At a waterspout, Poppy upsets some will-o-wisps when she takes their cookie cutter. Zreith and Ulrich trade some items with a group of hobgoblins. They find a walking, traveling roadside inn and meet a friendly inn keeper who provides them with a place to rest and delicious pie. Marley sees a vision of her scarf in the hands of a wart-covered individual. The group eventually makes their way toward a gigantic tree stump in search of the bandits. The group is ambushed by singing harengon bandits and their leader who moves very fast and wears a long blue scarf. The group manages to defeat a good number of his minions (Zreith shows off his new monk skills) and the bandit leader retreats. The adventurers also took some hits so they disengage and move past the brigand camp and toward a place called Downfall. Goals have shifted and now they seek a guide named Clapperclaw who might be able to help them.