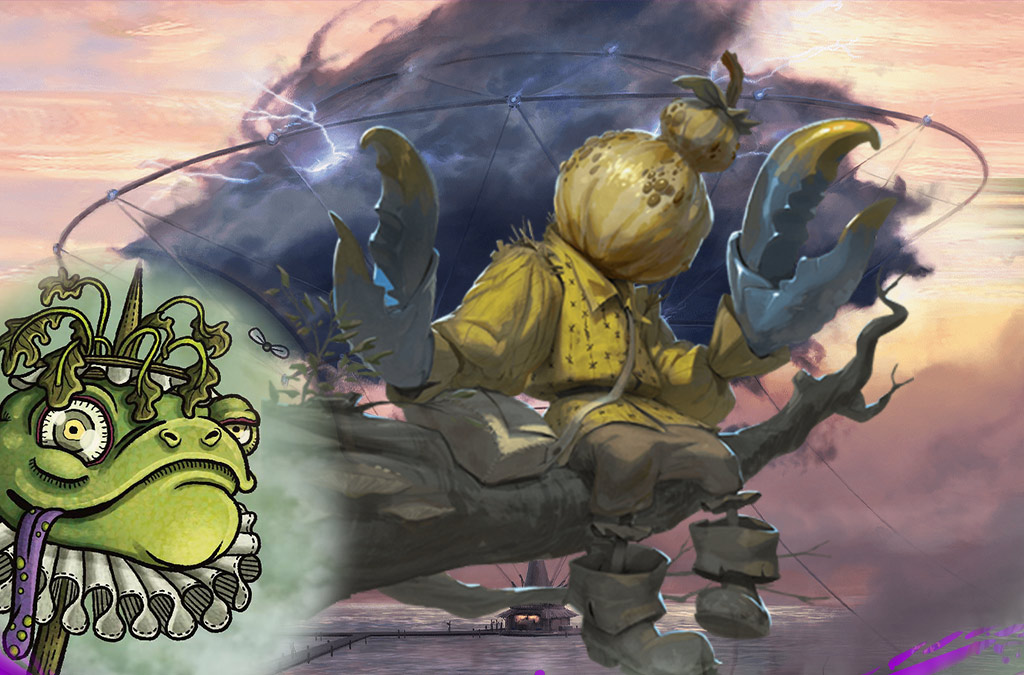 The Revolution at Downfall

Ulrich is missing – said he was going to scout ahead toward Downfall. The party travels to Downfall and they find and convince Illig, Baron of Muckstump that they are here to help him overthrow the current king (King Gullop XIX). Muckstump tells the group to go visit the King, when they get there, someone will tell them what to do next.  The plan also involves some poison and an “accidental” stabbing.

The party gets back on their raft and travels to a small fog covered lake. Following the directions of Muckstump’s crew, they turn left and find the docks. The group chats with 2 Bullywugs repairing a balloon and cross a stepping stone bridge. Zreith steps on a stone creature’s head and he quickly apologizes. The group continues to the Balloon factory which is still smoldering from a recent fire. They learned that 2 bullywugs helped Sir Talavar’s escape Bavlorna’s cottage. Wigglewug is the deceased pilot that they found earlier, another was captured by the king and awaits a trial by combat. During the escape, the balloon factory was set on fire and one of Bavlorna’s balloons was stolen.

Mary casts detect magic to help find the reason why the fire at the ballon factory cannot be put out. With her speel, she’s able to spot magical coal moving and hiding throughout the factory. She catches them in buckets and throws them all into a like. Afterwards, Mary is awarded a bronze booch with fluttering wings.

Next, the group crosses the bridge of chattering heads. They learn that the heads of former kings are on spikes and talk. They also find a 3ft tall scarecrow with claws for hands, and a gourd head that jingles – his name is Clapperclaw. His head was stolen by the Agdon Longscarf and his bandit band. He offers to pilot them out of Hither if they recover his missing head.