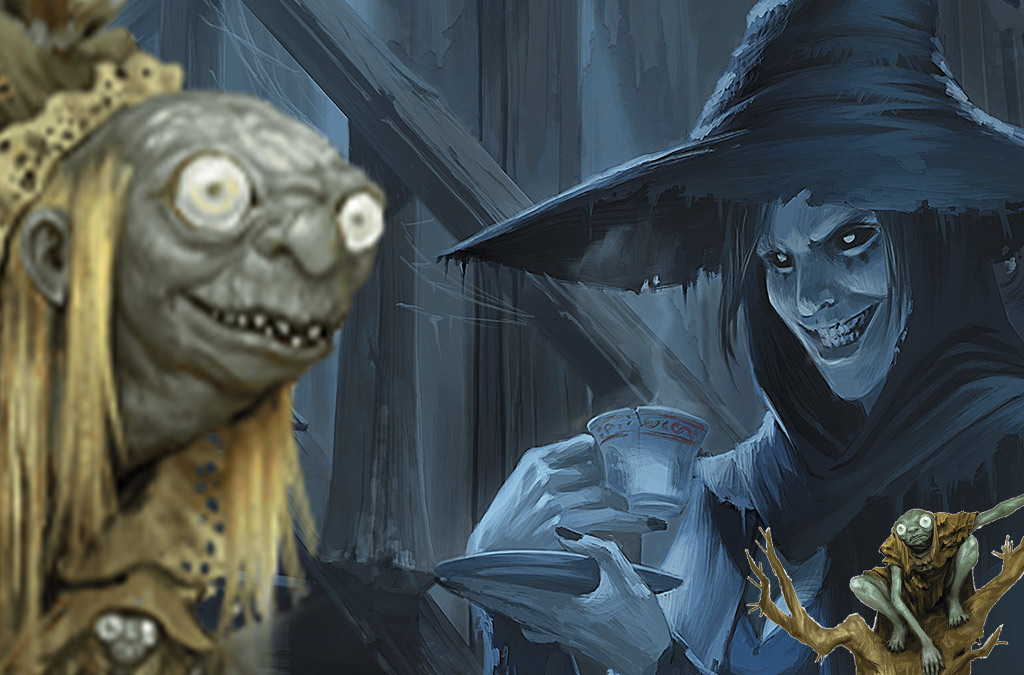 Miniature versions of Marley and Poppy watch and wait from a mouse hole. Zreith and Ulrich make their way upstairs and are welcomed by Bavlorna’s minions.

Zreith trades his dandelion hat for Charm’s witch hat. He also trades cups of tea with several people. Bavlorna’s Book of Bad Blood is returned and she is grateful.

Zreith puts his teacup on the floor and Marley Poppy run over to drink some. They suddenly grow back to their normal selves and crash into each other on the moldy rug, and breaking the teacup. Poppy and Marley are determined to find their belongings – they spot some strange curiousities in a large cabinet. Marley tries to open the cabinet doors which upsets Bavlorna. Charm attempts to calm down everyone.

Poppy learns that Bavlorna has her treasured glass ant. Ultimately, the party decides to help Bavlorna with some more favors in hopes that Bavlorna might allow Poppy to have her ant back. The party goes to unplug Bavlorna’s well while Mary goes to the Bullywugs to retrieve a chest of taxidermy supplies for Bavlorna.

The party cannot determine why the well appears to be plugged. They finally decide to light Ulrich up with a Fairy Fire spell and send him to dive down into the well.  A battle with a well creature ensues. Zreith is knocked unconscious but the creature is eventually defeated.

Mary returns with the chest and now the party is about to return to Bavlorna.