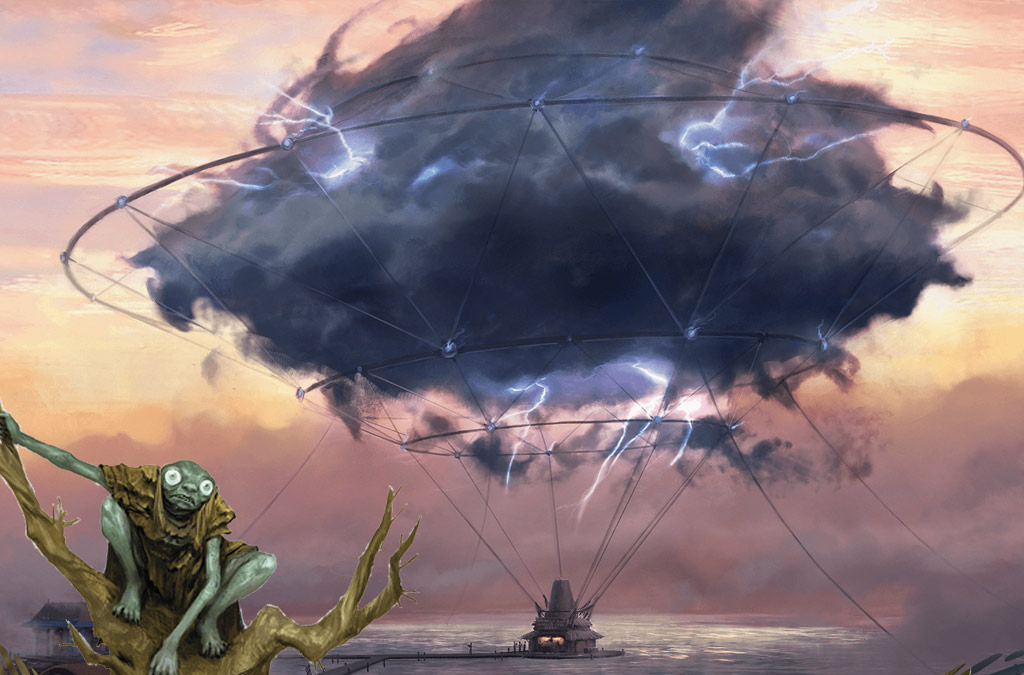 Is Charm a spy?

Adventures have completed a variety of chores for Bavlorna and wait in her study while Bavlorna takes a quick dip in her refreshed pool. Bavlorna’s tiny guardians keep a watchful eye over the group.

During the conversation, Charm explains that she doesn’t plan on staying for dinner and will be leaving soon. While chatting, a few party members notice that Charm doesn’t have a shadow.  Minutes later a shadow descends the stairs from Bavlorna’s room and merges back with Charm.

Marlie yells out that Charm is a spy and Bavlorna’s guards draw their daggers. Charm makes a quick exit but before she can get away, Mary casts a suggestion spell on Chrm – she shouldn’t leave until she has answered everyone’s questions.

Poppy attempts to attack one of the guards and finds that they are incredibly difficult to hit. They however are very proficient with their daggers. Since Zreith and Ulrich are still weakened from their recent encounter with the well monster, they decide to avoid combat altogether. Zreith follows the group into another room and bars the door. Ulrich makes an exciting escape out the window.

To avoid further combat, the group elects to quickly leave Bavlorna’s cottage by hitching a ride in Charm’s balloon, which is waiting outside near the balcony. The group piles in and Ulrich makes a diving leap off the wall and into the balloon.

The balloon is quite crowded. They meet Charm’s employees, Bauble and Trinket. Zreith becomes interested in trading for some of their wares and decides to surrender the color of his eyes for a monical. The group ponders trading the key they received from the trees at Telemy hill for a unicorn horn which Bauble and Trinket have in their posession. In the end, they decide to keep the key.

Charm answers a few more questions before dropping the party off on the outskirts of Downfall. The party sets up a camp and waits for dark before they go back to the village. Zreith’s vision becomes slightly blurry and cloudy.