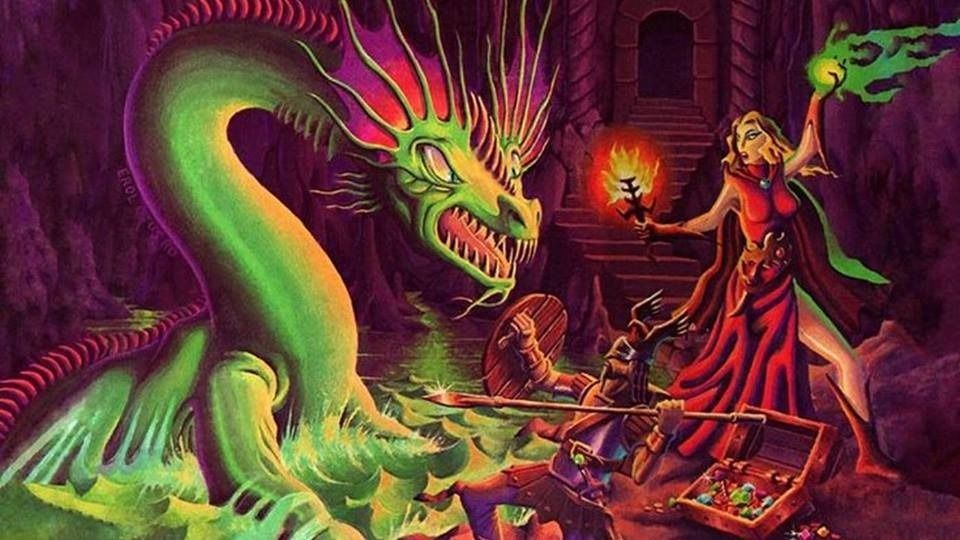 Adventure 1 – Welcome to the Growler House

Each character travels alone to The Growler House; During their journey, each one came across a cave with a spooky kettle billowing with fog; Eventually, everyone arrives at a tavern and meets the owner, Widow Growler – an old woman with a pet crawling hand that helps out behind the bar. At night, the bar is attacked and adventurers defend the bar from a swarm of spiders and scarecrows. These are omens that the hag, Baggy Nana is coming.

People in the area are concerned about a farmer that they haven’t seen in a while. Adventurers go to check it out and on a nearby farm, they discover giant chicken tracks and signs of a struggle in the barn. A trapdoor in the barn leads to an underground cave with a jade altar; The farmer was killed, and a city guardsman rescued. Adventurers find the cave is infested with undead and an altar that once held an artifact of great power.

Widow Growler wants to stop Baggy Nana and recruits the adventures to go to the Ruins of Berez and retrieve a gemstone (a source of great power) from Baggy Nana; Adventurers explore some swampy ruins and come across a goat pen with posts topped with skulls. While freeing the goats, the skulls start chattering, and an alarm is triggered. Scarecrows close in, and shortly after, a giant upside down flying skull with a hag riding inside. Three party members are slain, Julio and Delarin escape. At the end, Yortle, Skade and Urozar find themselves back at the Growler House, cursed with haunting memories.

After things have gone awry, Widow Growler leaves the area and puts a halfling named Saul in charge of the tavern.  Adventurers take a roadtrip to participate in an annual contest held by a chaotic wizard named Zeb; This year’s contest is about racing giant goats through an underground cavern. The winner is the first to return with a golden key. Watch out – the caves are filled with obstacles and the keys are guarded.  Some contestants will do whatever it takes to win…

Adventurers visit the annual Pudding Faire held at the halfling village of Honey Puddle. This is a simple mission – enjoy the Great Pudding, then retrieve and deliver 2 kegs of cider back to Growler House. Our adventurers become trapped in a time loop and are forced to repeat the same day.  During the timeloop, a series of unfortunate events continue and worsen each repeating day; Adventurers meet Nanny Cowslip the candymaker and confront a mischievous gnome, who cursed the village;

Adventure 6 – The Search for Mimsy

A few remnants of the pudding curse still lurk in the forest that surrounds Honey Puddle. People are missing, a giant wild boar is on the run, and an unknown creature destroyed the archery range.  Adventurers start by searching for a missing halfling child (Mimsy), the group gathers clues and notes about creatures with very long claws; After a few hours of searching the forest, they find the missing child. While looking for the other missing villagers, the entire party is ambushed and brought down by invisible creatures that can only be seen by children. The half-orc paladin Urozar has died again. The masterful painting of Urozar titled, “Hero of Honey Puddle” has gone missing.

Adventure 8 – Yortle in a Portal 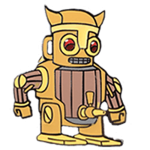 Adventurers arrive at the Growler House and find that Saul has hired some new help – KegBot! KegBot serves some refreshing beers and a milkshake and Saul asks adventurers for some help.  Inside Saul’s upside down office, a strange portal has appeared – Yortle the Tortle followed Max the dog through it and they haven’t returned. One by one adventures enter the portal and find themselves in a creepy, cold, dark forest filled with strange artifacts and horrible creatures. Eventually they find Yortle and Max then return to the tavern. While everyone enjoys a delicious KegBot beverage, Skylar and Urozar barf slugs.

Skylar and Urozar return to the Growler House, hoping to gain some insight to the sickness they have been experiencing.  Saul explains that things are still strange – the office is upside down with a glowing portal embedded in the wall. Adventures decide to explore the portal in hopes to finding answers. They find themselves in a network of tunnels filled with choking vines, poisonous spores, demodogs and more. Adventures become fatigued and attempt a short rest but are attacked. Eventually, they are able to rest and explore – Skäde the ranger leads the group back to the office. Everyone is infected except for Art. 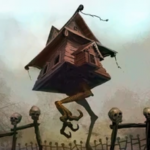 A new adventurer, Fritz has joined the party. Adventures seek out a pool that is rumored to grant healing powers, however they find it has been tainted and Silverhorn the Unicorn is dying by the edge. A small hut sits on a small  island near a statue. Adventures cleanse some water by assembling 3 puzzle tablets and saying the name, “Elhona”. Silverhorn is saved and the party enters the creepy hut. A broomstick attacks Yortle, the hut sprouts giant chicken legs and punts Skäde. Silverhorn returns along with Max to help battle the hut and rescue those inside. A magical green gem is removed from the floorboards, causing the hut to crash and tumble. Silverhorn teleports the survivors to safety. Skäde, Yortle and Franz are found back at the Growler House.

Adventure 11 – Get some Sleep and Protect the Gem 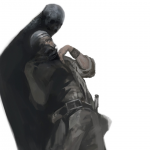 A new adventurer, Jazzelle has joined the party. Adventures need to sleep and prevent Baggy Nana from taking it back.  Baggy Nana haunts Urozar, Skåde and Yortle in their dreams telling them to surrender the gem. Those who experience the nightmares become exhausted. After a few nights of nightmares, the party decides to watch over each other and bunker down at the Growler House. The nightmares attacks continue but are countered with warding spells. The Black Iron Gang makes an appearance for a night and leaves the next day. On the following night, Baggy Nana sends Scarecrows and Shadows to assault the Growler House. Toward the end, Baggy Nana makes an appearance, puts half the party to sleep and takes the gem from a weakened party before escaping to the ethereal plane. 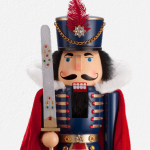 Heroes are needed to save Kringlefest. The celebration is named after the mysterious Kringle, who long ago brought light to Iceville, after the dark days. Kringle is most loved, for giving every child in town a gift during Kringlefest, that he made in his magical workshop.  Something has happened to the benevolent gnome, named Nicholas Kris Klaas Kringle. Adventurers are sent to Iceville to investigate. Skade convinces gnomes to fight back – and that leads to a narrow victory. 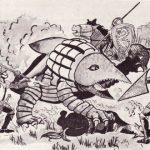 Years ago, Wiggan Nettlebee made a deal with a mysterious cult to make his farm prosper during a drought. But he broke the pact, and it cost him his soul. The farm was rebuilt, but a few years later a terrifying creature wandered into the area and the Nettlebees were forced to abandon their farm. Several years have past now and a young Nettlebee (Ceres) has returned determined to restore the family farm. Adventurers go to help and find gnomish tank and a landshark eats Urozar.

After some rest, adventurers continue  the task of clearing the ranch.

Julio runs up a tree while Yortle, Urozar, Art and Skade defeat the landshark.