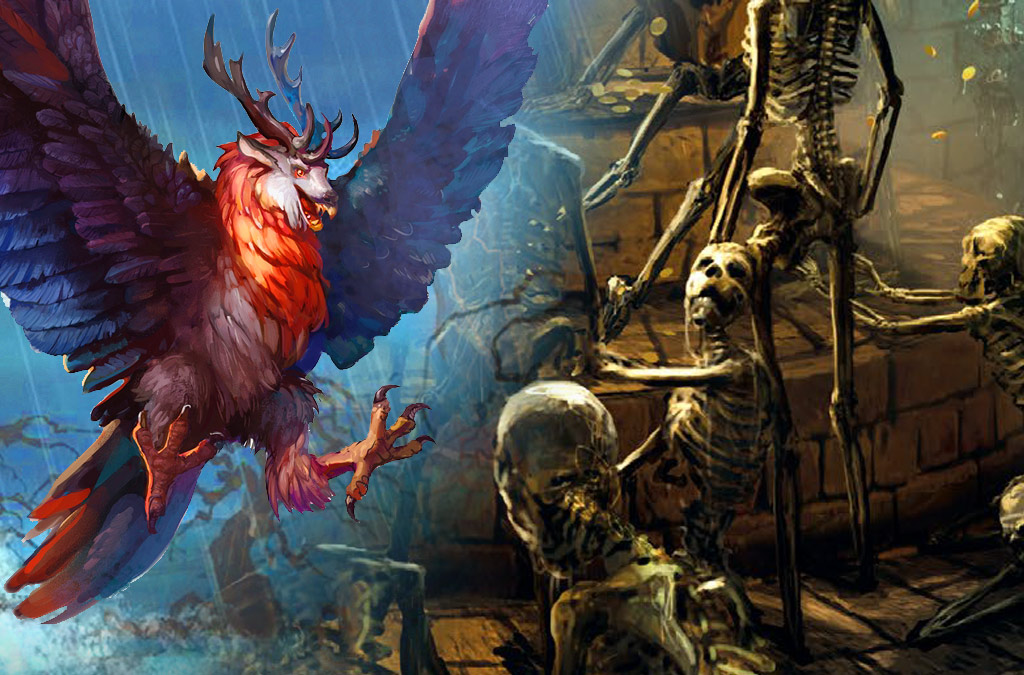 The battle for the Ark continues;

Quixsy opens the Ark – blasting most everyone around with energy;

Dozens of skeletons reform and are reanimated;

The ark lid is resealed;

In the midst of battle, the lid falls off the ark, and another blast is felt;

Firbolg dies and comes back as a skeleton and so do all the other previously destroyed skeletons;

Eventually the skeletons are destroyed; Kelda turns into the an octopus and helps carry the arc back to the boat;

Sargassum scouts ahead carrying a skeletal Firbolg in a bag; Sargassum spots a large creature flying overhead and attempts to sneak onto the boat; He is spotted by the terrible Rasp, within seconds he falls victim to Rasp; A very weak Oceanus retreats to the decks below;  The rest of the adventurers eventually make it to the boat, Sargassum is missing, his staff is left onboard along with Firbolg’s bones;