It’s been 4 days since rescuing prisoners and battling the necromancer, Tarlech. The adventurers decide to return to the Caves of Chaos – into Tarlech’s chamber. Unfortunately he’s not there, but he did leave a few nasty surprises.

The group receives a reward for rescuing Arpad and the prisoners!

Titania, Revned, Lumina all suffered mummy cat bite wounds. The cat bite is getting very itchy and sore; skin is flaking – discolored and stinks; No one locally can do anything about it. A traveler at the camp identifies it as “Mummy Rot”, a very serious disease. A possible cure can be found to the northeast – 7 days away.

Revned and Titania: Your dreams, prayers, meditation and study are now constantly clouded with haunting visions of Vecna and The Raven Queen. You have an increased chance of spell/prayer failure (You will roll d20 for EVERY spell now. Chance of failure increased 1-2 if your alignment is neutral; 1-4 if alignment is good; Something bad happens on “1”;

Cob repays Titania for a  loan you gave him a few weeks ago for his new boat;

Ninharma – (is he really back?) – hideously scarred and more creepy.
Can no longer see color – so unaware that you’re wearing hot pink and black.
You also gained a few new “feats” to be discovered.

Scooter, Jamwar, Lithos: Alive, but weakened – magically revived and did not take proper time to heal;
-4 to hit and dmg rolls for Scooter;  -2 hit and dmg for Jamwar and Lithos;

Lithos and Revned: You were so close to defeating Tarlech! If you encounter him again, you will be more prepared.
Gain +2 to hit and dmg Tarlech;

Helga: Is in “storage” at the Keep’s chapel – still frozen…

Lumina: Beldak thanks your group for rescuing him. Corrath is grateful also. Unfortunately, their dogs and inventory are still gone. And they don’t have any money. So your investment in the light swift collection is looking bleak.

Revned
You can’t wait to use your magic ring again. It’s been a few days since you’ve had a chance to fly. 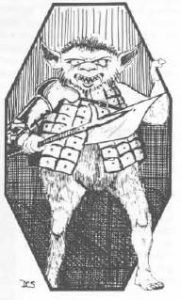 The makeshift camp only offers basic necessities. It’s just about impossible to get any business done. However, there is one person at the camp (Asneth) who overheard something about books and he’s very interested in buying those from you. Everyone carrying books cashed in except for Wulfgar – he didn’t want to sell his dwarven books to a human.

Back at Tarlech’s chamber, the group encountered 2 undead bugbears and were surprised by a zombie minotaur lurking in an adjacent hallway. These undead creatures were difficult to defeat. The minotaur was surrounded but his mighty axe struck Juvia and took her out before it was destroyed.

The bugbears weren’t as tough, but they still managed to wound a few characters.  MiraJane shot Scooter in the back with her bow and arrow while trying to kill a zombie bugbear. Luckily Titania was able to heal Scooter and get him back on his feat.

Jamwar was seriously creeped out when he sees Ninharma feed from the fallen undead minotaur – removing it’s horns and eating the marrow.

Tarlech’s chamber and library were cleared out, the group decides to head back to camp with their fallen comrade – Juvia Fullbuster