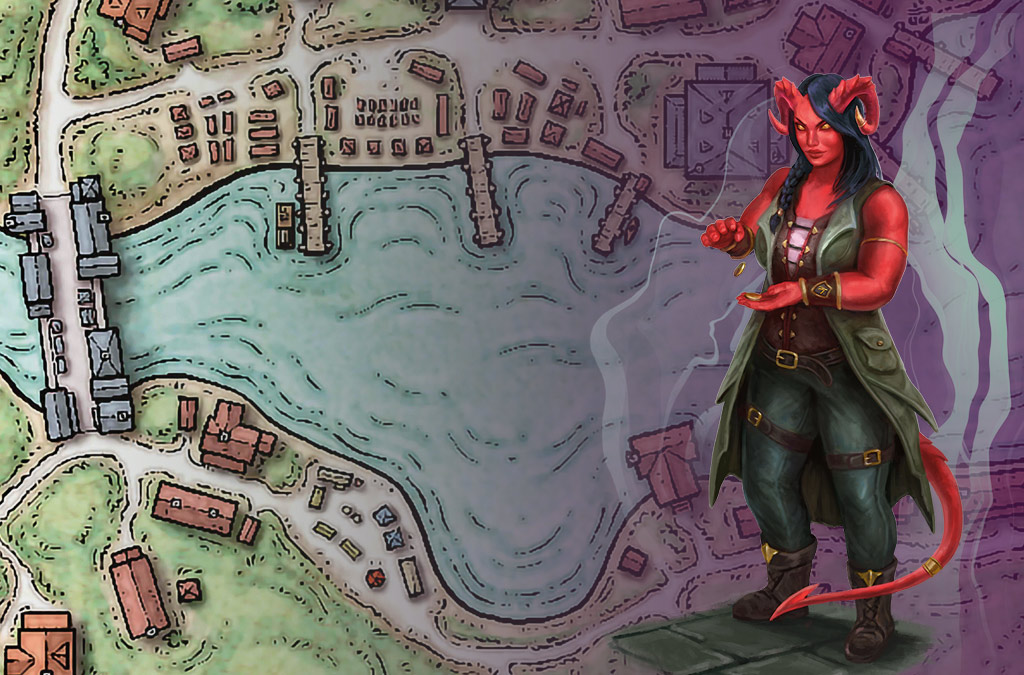 Squid Squad returns to Saltmarsh with information on the Sahuagin Lair. Unfortunately, they lost 2 members of their party.

The Saltmarsh taverns start a “Go Fund Guy” to resurrect their beloved bard. The rest of the party contributes the remaining gold for the one-legged Wellgar Brinehanded to bring Guy back.

Afterwards, the party rests at the Snapping Line tavern and enjoy some claw wine. They meet a knight named “Firbolg” who has traveled to Saltmarsh and offers his help in defeating the Sahuagin. Captain Xenderos has a new shipment of magic items that she wishes to present to the party the next day.

At Captain Xenderos magic item shop, our adventurers are pampered with bathrobes, slippers, champagne and shrimp. Guy buys a Tan bag of tricks. A few others place requests for magic items.

Kelda: a potion of invisibility

Later that night, a small band of sahuagin raiders attack Saltmarsh at night. Squid Squad quickly dispatches the sahuagin sea devils. Sargassum and Firbolg cut off the escape of any sahuagin stragglers.

Map Drawn by Lizardfolk Snaps and Oceanus have been captured and held somewhere in the sahaguin stronghold can the heroes find them in time?