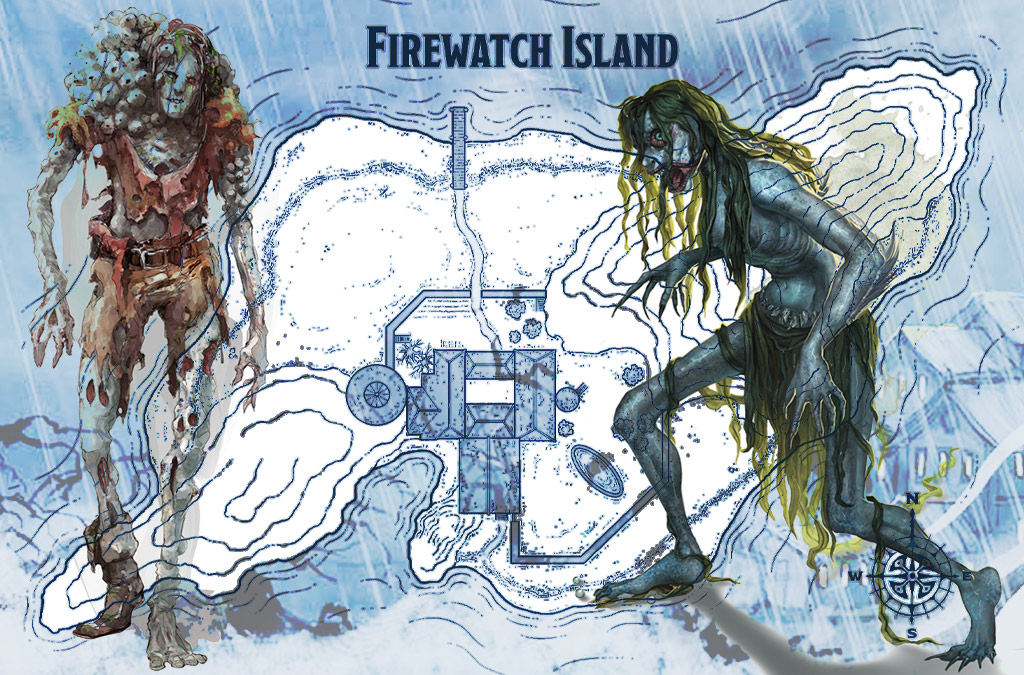 Adventurers dock the boat at Firewatch island, they are now onto the last step of their mission – find and close a portal to Tharizdun/stop the undead;

We meet new adventurers (Titan and Gnurm); They were staying at the hermitage and the previous night it was attacked; They have spent most of the day battling undead; Things have gotten worse, looters have shown up!

The party finds them battling 2 old hags and an invisible creature; After killing the hags, they continue searching the hermitage for survivors.  Titan and Gnurm are looking for these people:

Quixsy spots a secret room in the kitchen and finds 3 survivors along with a some armor (breastplate +1);

The survivors found are:

Sargassum is alive!  He regains consciousness as raindrops falling on him. Disoriented, he finds himself at the top of a tower with a bell, it’s nearly night time. A human body is sprawled at the center of the stone floor, its torso torn open and its heart missing. Above the body, a large bronze bell engraved with symbols of peace and serenity hangs from a crossbeam, with a pull rope dangling from the rigging above. Across the floor next to the body, a message is scrawled in chalk: “BEWARE THE SEA KILLERS.” Sargassum searches the body…