In the darkness of night our adventures leave the Keep on the borderlands and travel north to Ylaruam. They embark on a 7-day journey, hoping to find a cure for their comrades infected with mummy rot and also a fresh start where their muddied reputations can be forgotten. At the top of the mountain pass, we purchase supplies from some dwarfs.  The downward climb was difficult – we are now approaching the desert.

Earlier in the afternoon, a camp resident accused your group for being partly responsible for a kidnapping and involved with stealing someone’s property. Ironically, just a few days ago, your group returned like heroes – with rescued prisoners and wounded comrades… This makeshift camp was never comfortable and welcoming and now it seems that most people avoid you, while others seem to always be watching with suspicion and distrust. Clearly, your reputation for this area is a bit sour.

In the middle of the night, your group plans to make a quiet exit and head to the northeast – 7 days travel to a city in Ylarum which is rumored to have a cure for those infected with Mummy Rot. This new city also offers a fresh start and surely, better accomodations, gear and equipment. Travel will be difficult, soon you’ll be traveling over the Altan Tepes Mountains and then you must cross the Ylarum Desert.

Two adventurers are left behind – hopefully Juvia will be cared for and the chapel’s prayers will eventually free Helga from her magical frozen state.

We pick up our adventure in the darkness of night, traveling north on the road, and for the first time, past the Caves of Chaos… 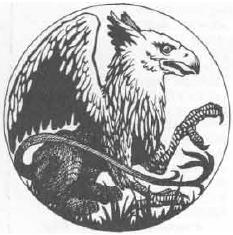 Not much to report, mostly a lot of uphill climbing, we did find a rock with a note attached from the halfling collection agency. The group has no intent of returning the gold they found so we disregard it and continue our journey. Food and water is going to be an issue – at least half of the characters don’t have enough water and rations.

In the morning the group found a small muddy pond of water with some bird tracks. Our clerics purified the water and those with waterskins were able to refill. At mid-afternoon we found an abandoned shack. The half-orc, Scooter, searched the shack and found nothing except a petrified mouse. He ate it. Around dusk, we found a camp and gear station manned by 2 dwarfs – Xanfire and Cruster. They were odd, but friendly – we bought and sold items. Xanfire and Cruster are tram operators/sherpas, traders and part-time “archaeologists” (treasure hunters). The most important thing was getting more water and waterskins for the upcoming desert trek. Fhamoril also scored some desert goggles a climbers kit and 2 tents. Lumina also got a climbers kit. Wulfgar now wears a gold mask with the face of a bearded man on the back of his head. These two dwarves came across a weird cult of Cynidicea…

In the morning, we topped off our water skins and continue the journey to Ylaraum – the trek down the Altan Tepes proved difficult. The group navigated the first 3 descents without problem. Our fourth and final descent was almost deadly. Revned caused at least 1 (maybe 2) small avalanches and twice ruined the foot and hand holds for her comrades above. Ninharma almost died on the climb down. Luckily, Titania was able to revive his unconscious body when we reached the base of the mountain cliff. Then, Fhamoril was injured during Titania’s “heal” spell.