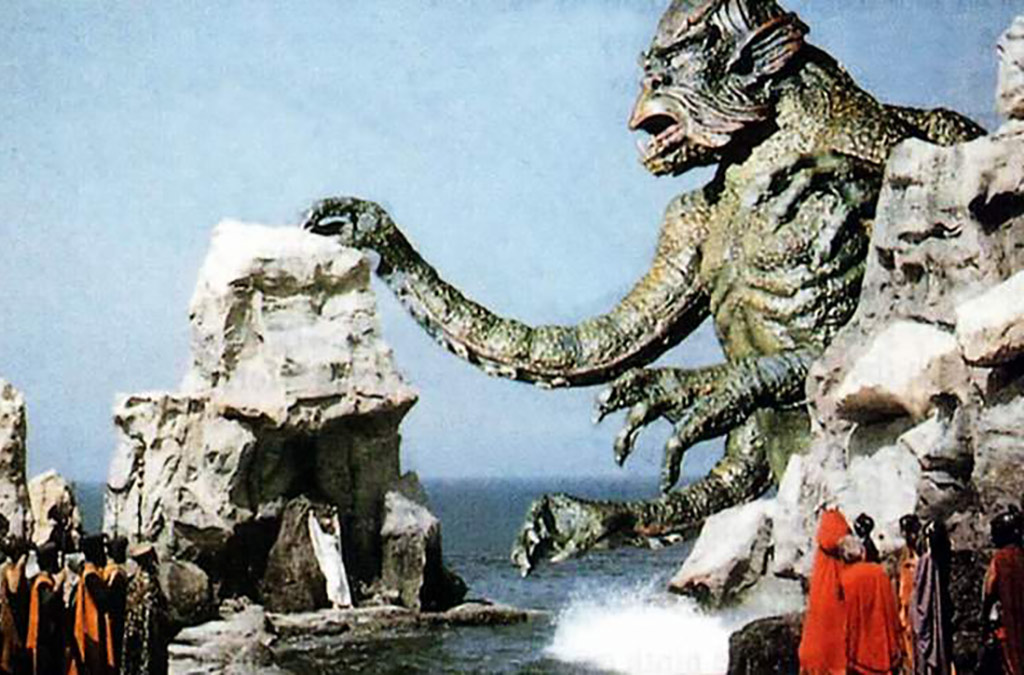 Sargasssum calls forth the Kraken while the others fall back and watch. With the benefit of Kelda’s Enhance Ability spell (Eagles Splendor) they hope to communicate with the Kraken.

Moments later, bubbles start floating upward out of the inky darkness. One tentacle, then a second followed by more. Sargassum quickly swims to the side and tells the kraken it is free and to go home!

The “baby” kraken is much larger than they thought. Two tentacles wrap around and squeeze around Sargassum. Guys’ quick thinking polymorphs Sargassum into a giant shark – and breaks free of the Krakens grip.

Snaps is the next target of the Kraken and is swallowed whole. Now in shark form, Sargassum telepathically tells the Kraken to spit Snaps out and go home – it  begrudgingly spits Snaps out and begins to move toward through the large hole in the building wall.

In the midst of chaos, Quixsy attempts to strategically position herself and finds that the chapels fallen timbers make it difficult to maneuver. Firbolg spots a glowing symbol on Tharizdun on the Kraken. Believing that it might still be under the control of Sgothgah or Tharizdun, Firbolg swims up and removes the curse/effect with a spell. The symbol starts to dim but Firbolg is then struck by Tentacles. Dark ink flows from the kraken blinding everyone except Sargassum.

Kelda controls the water and is able to clear a section for the others to see. Sargassum bites off a tentacle in an attempt to free Firbolg. Firbolg has fallen unconscious. The Kraken retreats, but won’t give up its meal so easily this time, and swallows Firbolg while retreating out of the building.

Quixsy moves to cut off the Kraken’s escape, Guy and Sargassum rush after the Kraken. Kelda continues to focus on keeping the water clear so others can see. Again, Sargassum, in shark form, intimidates the kraken to spit out his friend and to go home. Guy rushes to Firbolg and revives him. As the Kraken leaves, another tentacle grabs onto Quixsy but Snaps is able to rush over and cleave it off. The Kraken retreats towards the direction of its home.