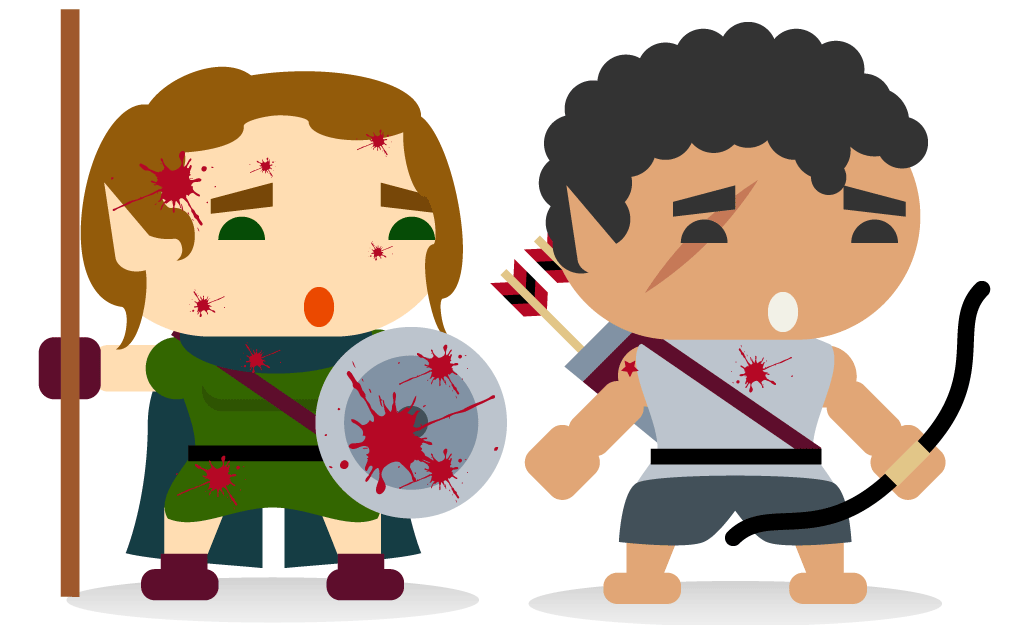 Bo now has a pet wolf named Norm. Our adventurers travel to a dwarven archaeological site to deliver warning to a pair of dwarves.  The dwarves  are  appreciative and share that they’ve stumbled upon some frightening creature within the temple they are attempting to explore. Bo and Inverna agree to assist and clear out the temple. The temple seems to be dedicated to a dwarven god of greed. Norm pees on the opening of a secret door.

A foul creature is defeated and Bo and Inverna continue to offer “onsite-security” until the dwarves finish their work.  After 2 days the dwarves uncover an unexplored chamber. Together, the entire group enters and finds 2 statues, one intact holding a glowing green gem and on the opposite side of the chamber the crumbled remains of another statue.

Bo respectfully asks if the dwarves want to take the gem or if they should leave it. After a little discussion, one of the dwarves decides that they should take it, upon doing so, the gem  and statue explodes. The dwarven miners perish; Bo, Inverna and Norm survive. They travel back to Phandalin with disappointing  news.