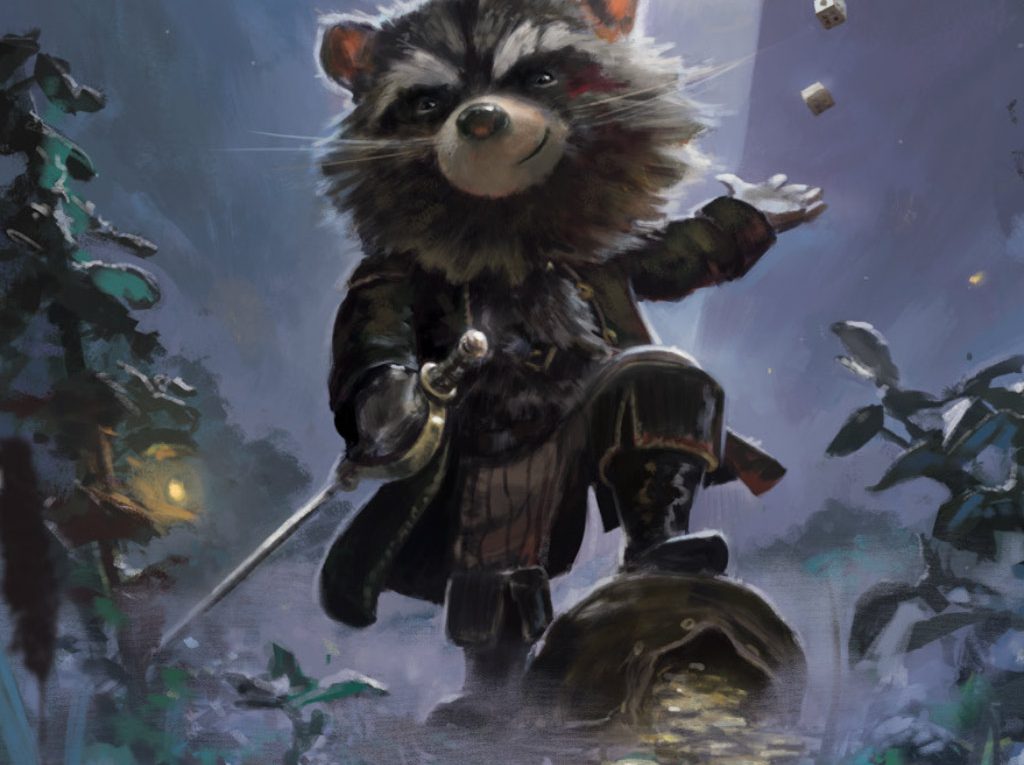 Trinket is a bit anxious, fearful and slow to trust others. He has a past that he’s trying to escape.
Not too long ago Trinket was a “lookout” for the bandit coalition. It took a wrong turn when he got caught stealing from his captain. He was never good enough to be the “lifter” for the bandits and that might explain why he got caught. Long story short, there was a big fire, and all sorts of chaos. Trinket doesn’t like to talk about it. Trinket knows the bandits and authorities had (maybe still have) a bounty out for him. He hopes he’s put enough distance and time from that event. At night and using a disguise, Trinket ventures into the nearby village/town in search of shiny knickknacks.

Recently, Mo, one of the characters in the story who was the niece of one of the main leaders of the bandit coalition challenged him and defeated him.  The bandit coalition is now the Humblefolk coalition. Trinket decided to be loyal to Derry and not the Benna and Trinket helped Derry escape from captivity.  Derry who is Capo’s brother joined with two of Capo’s former brood, Gull and Hershey to find a way to take control of not only the bandit coalition, but all of Humblewood.  As Trinket was working with them, you they learned of an ancient magic that has been dormant and forgotten for millennia that could be the key to their visions.  All they know is that it insanely powerful, but hidden deep underground.  They utilized Trinket’s services as a Gloomstalker to help them excavate and work underground.

They found something interesting in their digging that no one really understands, but it really peaked your tinkering habit.  Trinket snuck into Derry’s room to steal it and got caught.  As he was running, he knocked over some oil lamps in the tunnels and things lit up really quick.  He’s not sure what happened after he left, but you assume they’re still looking for him.  Once Trinket got to safety, he realized that he actually managed to hold onto the thing that he took.  He has no clue what it does, but it looks like some type of gadget that seems to hum with some type of magic.

Trinket knows that Mo and the party are working very hard to create a unified humble wood where the everyone can live in peace, but he also believes that if Derry and the others are successful that they will not fail in their goal.