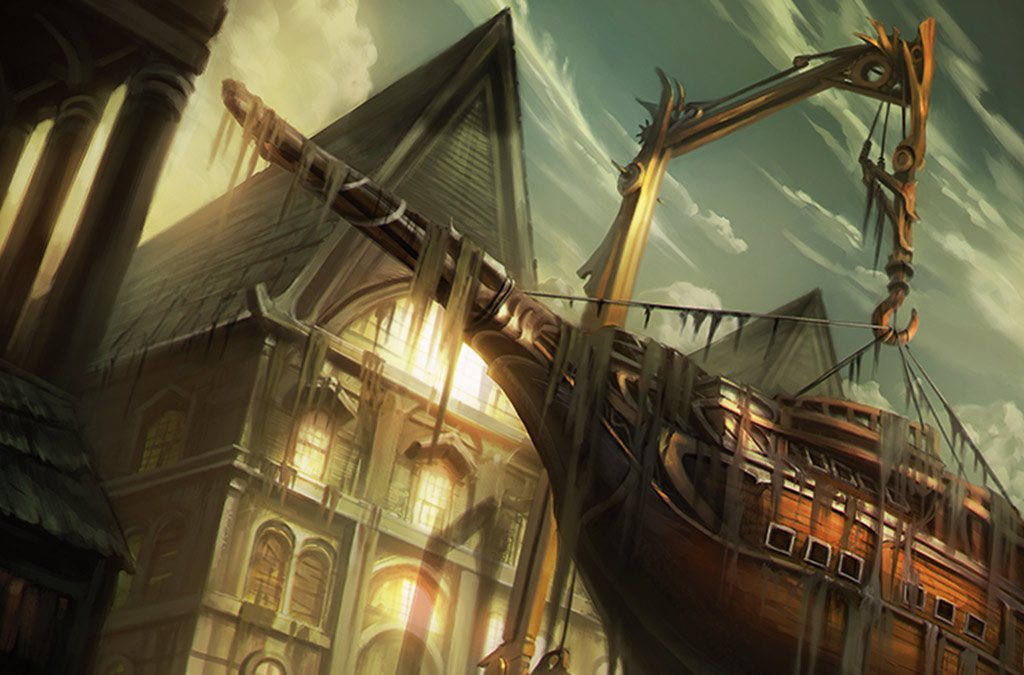 The investigation continues – our adventurers are in HopeNever Asylum… Adventurers are escorted out of Jarne’s cell by Emil. Lighting flashes and thunder rumbles – the moans, screams and cries from the residents get louder.

Suddenly, Guy and Firbolg are confused when Emil, reopens Jarne’s cell and escorts the adventurers back in. To Guy and Firbolg it seems like they just entered a time-loop. In a moment of bewilderment, they find that no one else seems to remember that the events are repeating. The clues of the tentacled beast with chains have been rubbed off the cell walls. 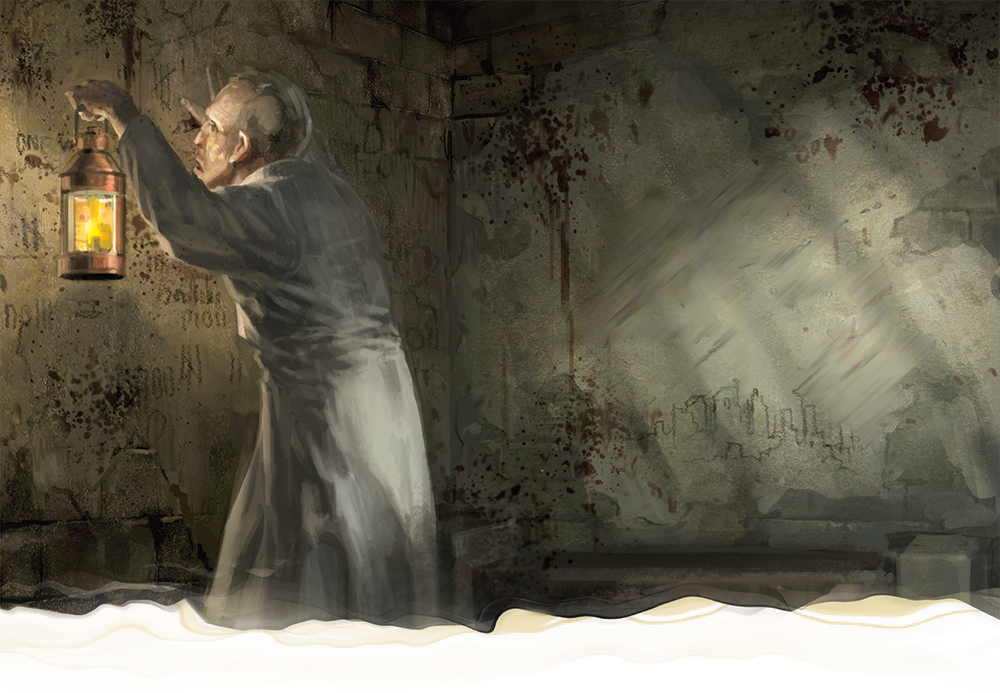 With a piece of charcoal Guy reconstructs the drawing and Firbolg notices that Emil has charcoal smudged all across her hand and sleeve. Adventurers take note and as they leave, they see Emil rub away Guy’s drawing. Adventures make their way to the warehouse district in search of Mr. Dory’s residence. Guy’s eyes become red and itchy as the infections have spread to other members as well; salves and Firbolg’s curing powers are needed once more.

“Mr. Dory’s warehouse is a three-story stone building, roofed in slate and dotted with iron-barred windows. Its walls and roof appear to be coated with a bituminous black gruel, an accumulation of the pollution that belches from nearby alchemists’ workshops.

Behind the warehouse spreads a gray-green pit of mud. A huge, rickety crane protrudes from the far wall of the warehouse, its limbs rusted and bent. Dangling from it is the dripping hulk of a ship, hanging some fifty feet above the greasy mud.”

During a stakeout of Mr. Dory’s warehouse, they are approached by a Gnome named Grotten. She sells a few bits of information to the group and then scurries off.   Guy hops on his lute of flying, and secures a rope to the crane’s base. Adventures climb up and begin crossing a slippery, rickety ramp that leads to the ship. Snaps is the last to cross. Suddenly, strange tentacled creatures come out of the warehouse door and attack. 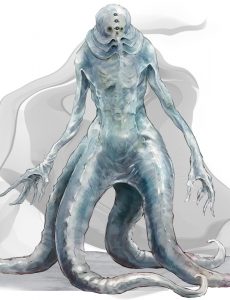 Snaps tries to run across the bridge and slips off, but manages to cling to a rope support set by Sargassum. The others hold off the tentacled monsters as Quixsy pulls snaps over to the bridge. Guys blasts one creature off the bridge and Snaps shoves the 2nd off. They pull the bridge over to the ship and begin descending down a grate where hot steam emerges.

Sargassum leads the way and acrobatically swings himself downward into the ship’s hull and to the side of a hot-tub. The others follow. Kelda brings up the rear but slips into the scolding hot bath. She quickly pulls herself out.

The air in this compartment is oppressively hot and humid. Clouds of smoke rise and escape through the grate above, billowing from a pair of roaring boilers near the bow, bolted to the deck and walls on either side of a large pool of steaming water. The walls, floor, and ceiling of the compartment are thick and shiny with condensation and mildew.