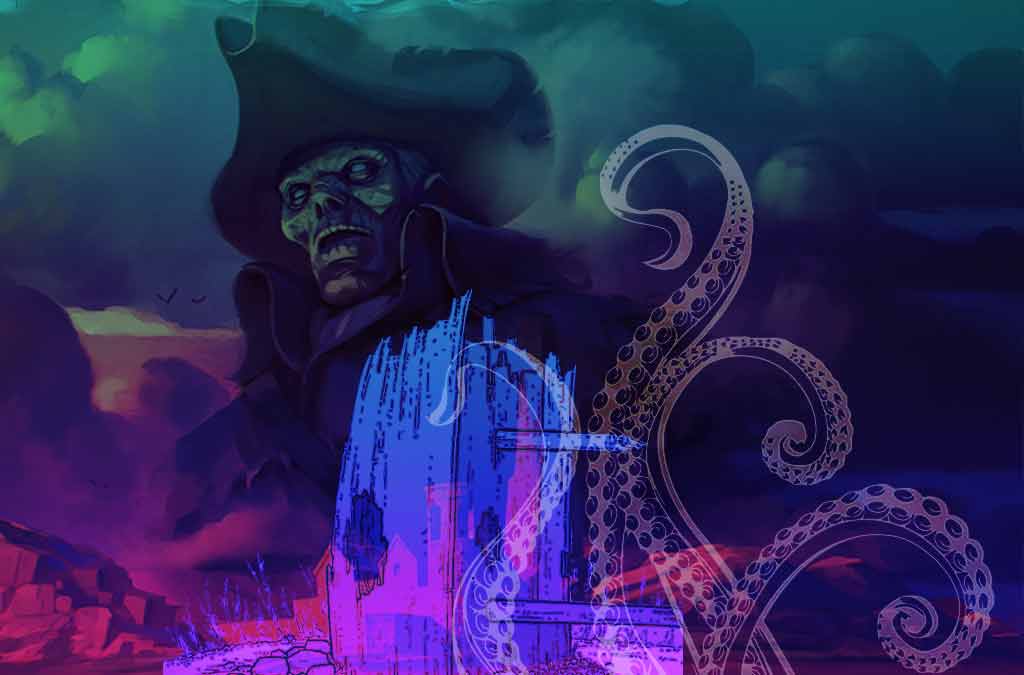 Preview: A rotting skeleton of a war galley’s stern looms up from the ocean bottom ahead. The sinking ship broke in half during its descent, its bow section gone missing but its stern plunged backward into the seafloor like a spike.

The sandy bed around the wreckage is scattered with partially buried bones and debris. As you approach the wreck, the water becomes increasingly and unnaturally colder.

The wreckage is searched and Guy finds a stone slab on the sea floor with Elvish runes. The party decides to investigate the sunken ship. Inside they encounter several undead pirates. They discover that the ship pierced a hole through the seafloor. When they crawl through the shipwreck, they emerge in a chamber filled with a light that changes colors. The floor is littered with humanoid bones.

More undead attack – including a spectral pirate – where his legs should be are spectral tentacles. The guardian is destroyed. The light source is the portal that the party needs to close. Quixsy throws the magical conch shell into a portal. Guy uses his magic stone shape spell to seal the crack. The adventurers rush to grab whatever treasure they can since they won’t survive for long in these cold waters. They safely retrace their route back up through the shipwreck, and then back on their boat, Buoy Crazy.