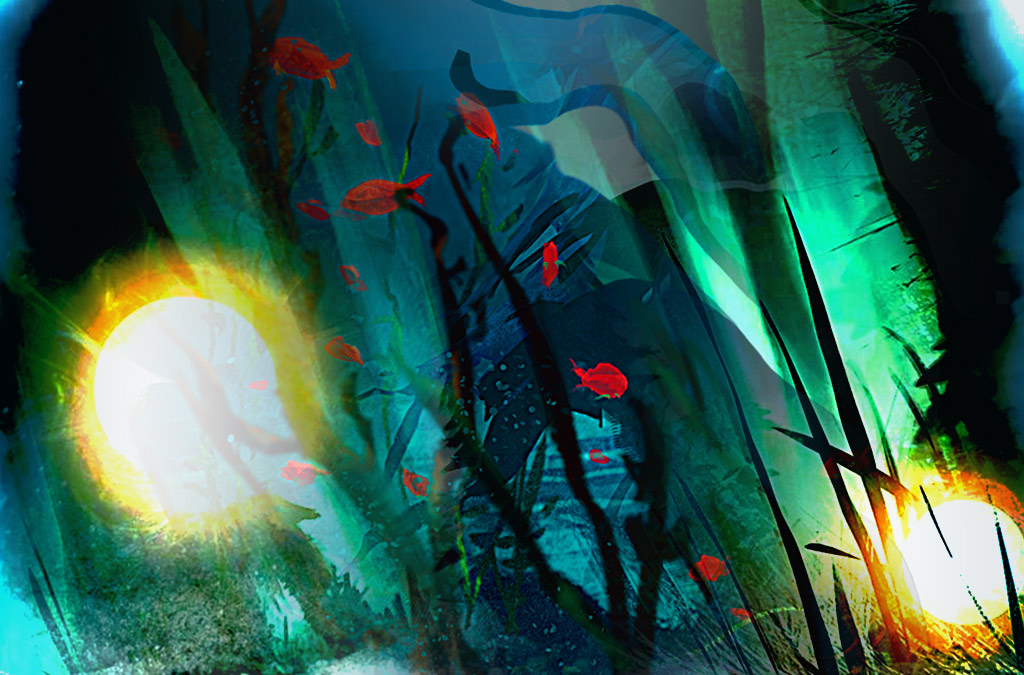 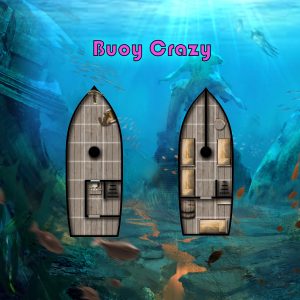 Our adventurers have traveled back to Warthalkeel Ruins (the location of our very first Saltmarsh adventure). Mission: find a green conch shell required to close a demon portal and help the ghosts of Kjardi and Kelp.

Quixsy’s gruff, half-orc neighbor, Dr. Bonegut, has provided a boat with one requirement, “Be careful not to scratch it, or I’ll knock your barnacles off”.

Onboard a pink fishing boat named “Buoy Crazy”, floating above the ruins of a sunken city known as Warthalkeel, a green glowing light bobs a short distance off the bow. Kelda casts a water breathing spell on the group.  Guy, Firbolg and Snaps decide to follow the light while the rest of the crew waits on the boat.

Underwater, our three adventures are joined by a 2nd glowing light. Adventurers are reluctantly lured to a trench and then a windmill. Snaps opens a door and kicks up a cloud of silt. The silt cloud rolls past our adventures and Guy recalls some fishing tales about dangerous silt known as “Something Snow”, suffers some damage, then correctly recalls it’s called “Sapping Snow”.  The glowing wisps attack –  one critically shocking Guy.  Snaps quickly slashes through one with her battleaxe and Guy destroys the other with eldritch blasts.

Adventurers explore the ruins and Firbolg converses with some hungry quippers. The party discovers hundreds of skeletons and several artifacts (dedicated to Krakens, Procan and a mysterious god). Snaps takes a small statue of a muscular humanoid hidden in an aquarium. Eventually, our heroes make it to the Kraken Temple. They are greeted by the ghost of Kjardi and instructed to not upset the caretaker. A large, spectral guardian wielding a shield emblazoned with a kraken, appears behind them. Meanwhile, an undead drow enters the chamber, and introduces herself as Yalaga Maladwyn, caretaker of Warthalkeel.  Snaps strikes a nerve during the conversation, but she is able to keep calm Yalaga.

The following bits of information are shared by Yalaga:

Next step: Prove you are worthy and capable – deal with the demons near the vault and as a sign of good-faith, Yalaga will release the soul of either Kelp or Kjardi and provide additional information and instruction.