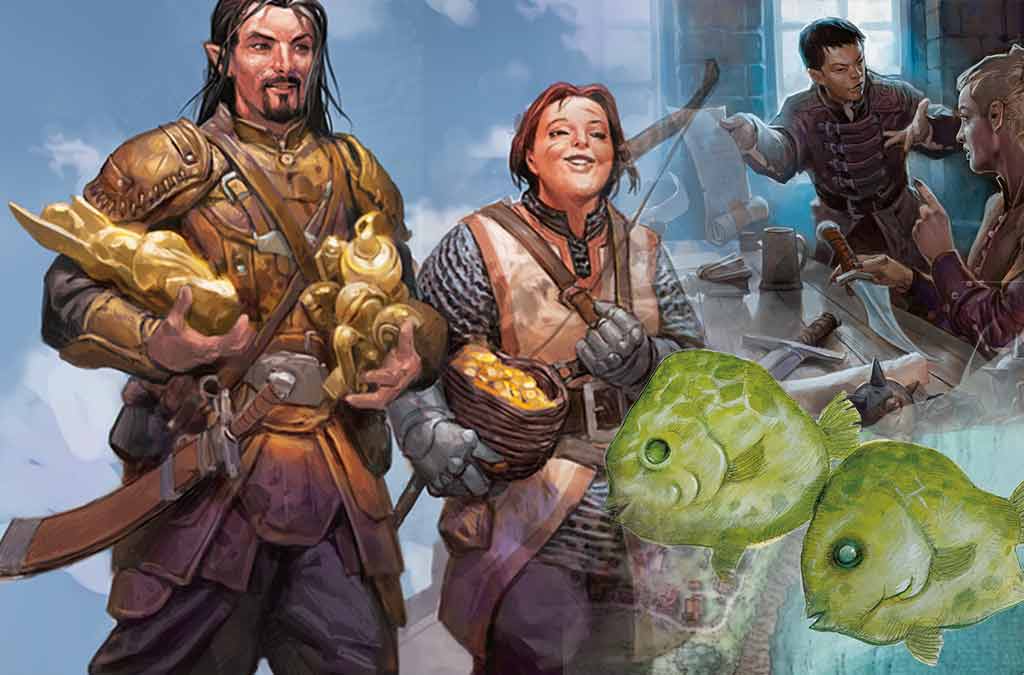 Time passes and the coastal region returns to normal. The heroes of Saltmarsh return to their homes.

A few months after, they are greeted by a messenger from the council members of the Styes. Everyone is given a small teak coffer containing pearls and other gems worth 3,000 gp, on the condition that they do not speak publicly about their efforts at the Styes.

Guy returns to the loft apartment above the Snapping Line tavern – he finds that the bar owner, Hanna Rist, has purchased a large billboard from the Styes. The prominently displayed billboard now hangs above the bar – it happens to be of Guy with a background of exploding fireworks and the cityscape of the Styes.

Firbolg, is eventually returned to their normal, living self – it’s a complex procedure of the undead skeletal paladin needing to be destroyed by his friends. They then remove the Curse of Kraken and cap it off by resurrecting Firbolg. Firbolg eventually returns to his weed-filled shed near the Temple of Procan.

Kelda returns to the outskirts of town to her treehouse filled with cats. She enjoys sunbathing on the beach with Ferrin.

Quixsy returns to a peaceful life with her dogs on the farm. Quixsy receives a good friendly punch from her half-orc neighbor when she returns the battered boat back.

Private Borgas greets Sergeant Sargassum with many freshly caught fish. Sargassum spends some time in town recuperating and eventually departs to continue his original mission of finding others from his fallen squad. His loyal friend, Borgas (the locathah prisoner freed from the Sahuagins) accompanies him.

Snaps returns to her humble hut on Crabbers Cove. She is now able to retire peacefully on the beach with a few roommates – Sherm the telepathic lobster; Barney the singing giant crab and a parrot with magical portent powers.