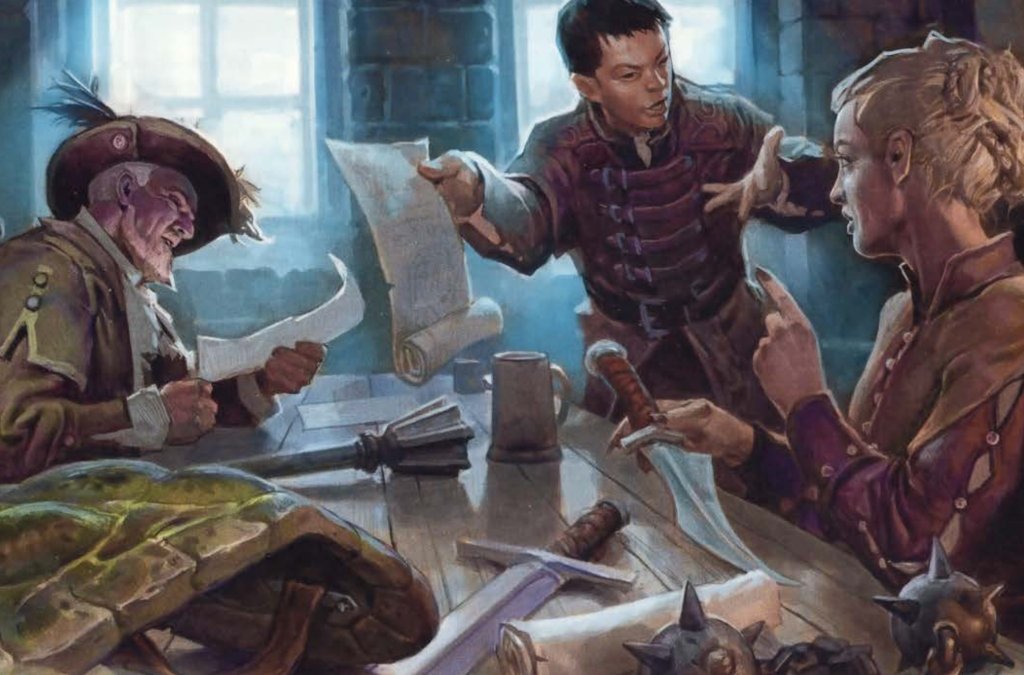 Adventures have captured The Ghost. Two tendays have passed since our heroes captured the smuggler’s ship…

A: Sign a 6-month contract to be served onboard The Ghost.

The Town Council adds the Sea Ghost to the Crown’s fleet – it is about to embark on a 6 month tour to battle pirates and various sea-based missions.

Travel South – This set of adventures will be at sea on the Sea Ghost. Patrolling for pirates and various sea quests.
You will not have access to Saltmarsh services for months at a time (spell casting, magic item buying from Captain Xenderos, taverns, etc.)
Reward/Pay: 30-300gp each upon completion of tour. Pay based on your ship crew position and additional rewards for returning smuggled goods.

B: Join Oceanus on a scouting mission – find and investigate a Lizardfolk tribe.

A Sea Elf named Oceanus was a prisoner onboard The Ghost along with three Lizard-folk (“customers of the pirates”). Oceanus will be leading an expedition to the lizardfolk lair to find out their intentions. The Town Council fears the Lizard-folk may be planning an attack on Saltmarsh.

Travel West – This set of adventures will include exploring the coast, Hool Marshes and Dunwater River. You will be away from town for about 1 tenday. You’ll also have a chance to continue other Saltmarsh quests.
Reward/Pay: 700gp total for successfully completing the mission;

Ferrin the halfling sunbather with a pet seagull has a new report. Evil continues to grow in the Dreadwood and Drowned Forests – Silverhorn the Unicorn is missing.

Travel inland (North) to the Dreadwood and the Drowned Forest. This set of adventures will include exploring rivers, an outpost and 3 nearby forests.
You will be away from town for 1-3 tendays.
Reward/Pay: TBD; Kester’s Leather Goods pays for exotic beast, aberration and monster hides. Exotic hides pay 300-600gp each. Hides need to be returned to Saltmarsh for pay.

Players who are not level 3 yet, should level their character up to level 3 (900xp).  This will be the new starting level for the next set of adventures.