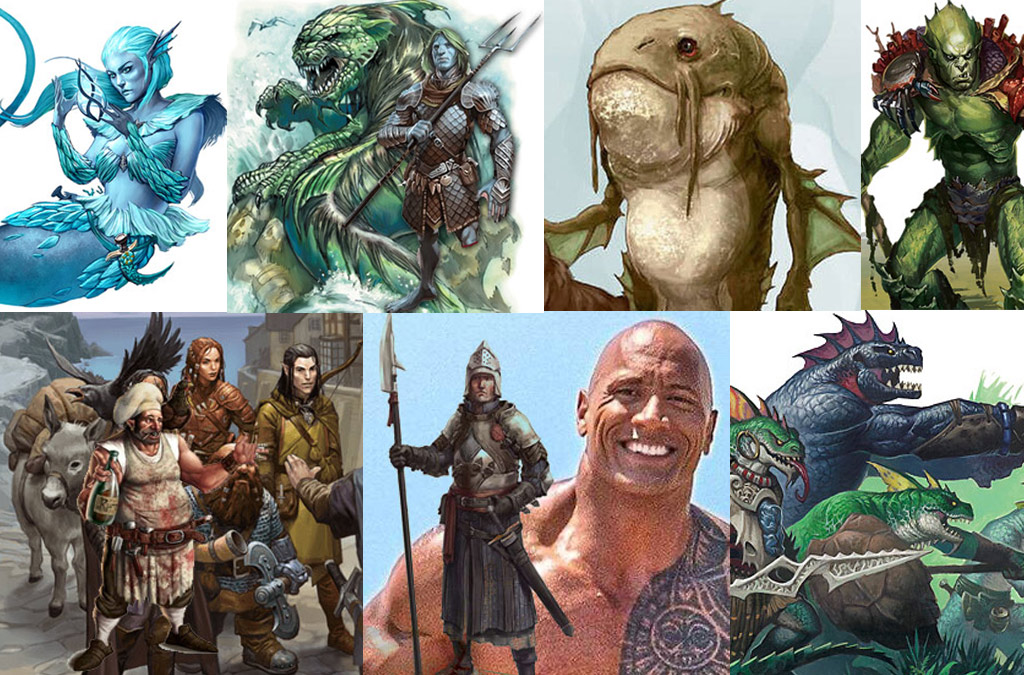 The Saltmarsh Town Council brings Squid Squad into a war planning meeting. Various representatives of the Saltmarsh Alliance are present.

A long planning session is held. The party debates various strategies for how they might defeat the sahuagin. Ultimately, they decide on the following:

The Saltmarsh Alliance will setup forces in 2 locations.

On Land – forces will attempt to draw out as many sahuagin troops out of the tower. The land force will then fall back further inland. Their ultimate goal is to distract as many of the sahuagin as possible without taking significant losses. The land forces include:

At Sea – Squid Squad and forces will attempt to enter the stronghold through the same underwater entrance they explored last time.

Two horn blasts are heard – a signal for Squid Squad to begin their assault from underwater!