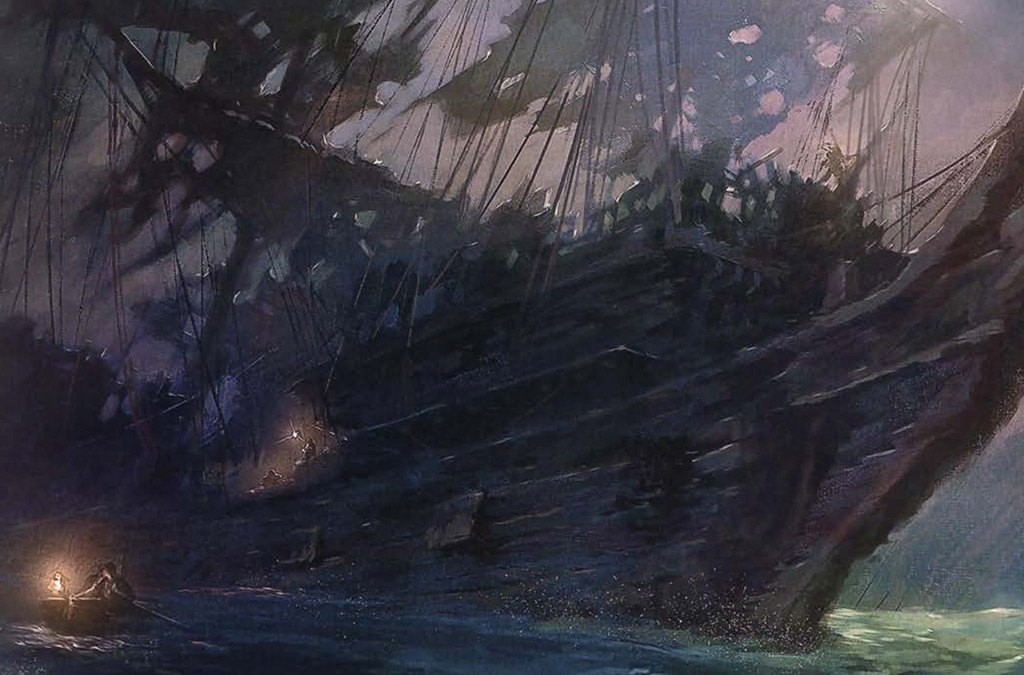 Our adventurers start off on a ship called the Soul of Winter, which was heading to the site of a derelict ship. A wealthy merchant, Aubreck Drallion, has hired them to recover a heavy,  blue colored chest from the cargo hold.

The Emperor of the Waves was lost in a storm 3 years ago.  The dwarves serving onboard Soul of Winter are fearful of the ghost ship. The ship’s figurehead has been vandalized and looks more hag-like. Dressed in puffy pirate captain gear, Guy takes charge of a rowboat and the party boards The Emperor of the Waves. The slowly sinking ship has considerable damage, its masts have been broken off, it sits low and tilted in the water. Hundreds of tiny spiders are seen scurrying across a bloodstained deck.

The spiders do not follow. Our adventures now stand in a cargo hold.  Filthy waist deep bilge water (and more)  fills the entire area. They begin searching for a crate emblazoned with a stylized “A”. Crates and rotting cargo are piled all along the port side of the sinking ship. The party spreads out to conduct a search. Guy spots a rotting corpse underwater. The body begins moving…