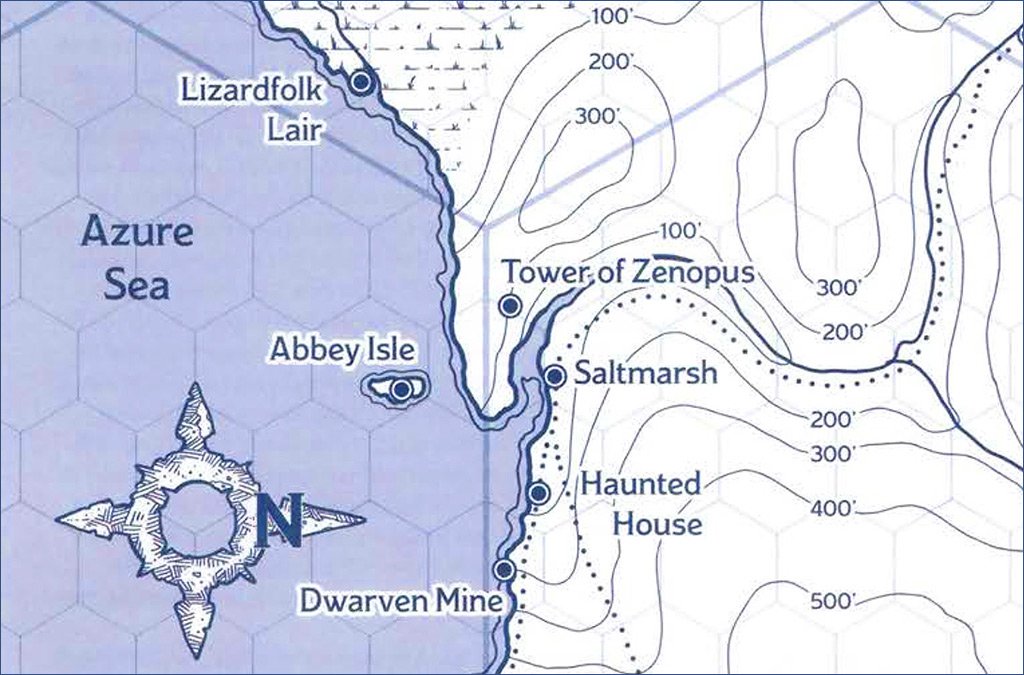 The sea-elf, Oceanus, leads the party on a scouting mission – find and investigate a Lizardfolk tribe.

A Sea Elf named Oceanus was a prisoner onboard The Ghost along with three Lizard-folk (“customers of the pirates”). Oceanus will be leading an expedition to the lizardfolk lair to find out their intentions. The Town Council fears the Lizard-folk may be planning an attack on Saltmarsh.

Travel West – This set of adventures will include exploring the coast, Hool Marshes and Dunwater River. You will be away from town for about 1 tenday. You’ll also have a chance to continue other Saltmarsh quests.

Adventurers depart Saltmarsh and along the way they come across a dead whale, it explodes and sandy mud demons emerge and attack. A few mud demons are destroyed and the remaining retreat back into the sand.

Sar-Gassum and Oceanus go to explore the whale  a  little more. Quixsy shoots  a crossbow bolt into it and it explodes again. Oceanus points out that Sar-Gassum has Muktuk in his hair.

The ghost of Will Stoutly emerges from the waves. He warns the adventurers that he was backstabbed and to beware of traitors. Will’s ghostly body then fades back into the waves asking them to tell Tom that he loves him.

Oceanus pulls some strange rope and iron equipment from the beach. Guy attempts to identify its purpose.

Players who are not level 3 yet, should level their character up to level 3 (900xp).  This will be the new starting level for the next set of adventures.