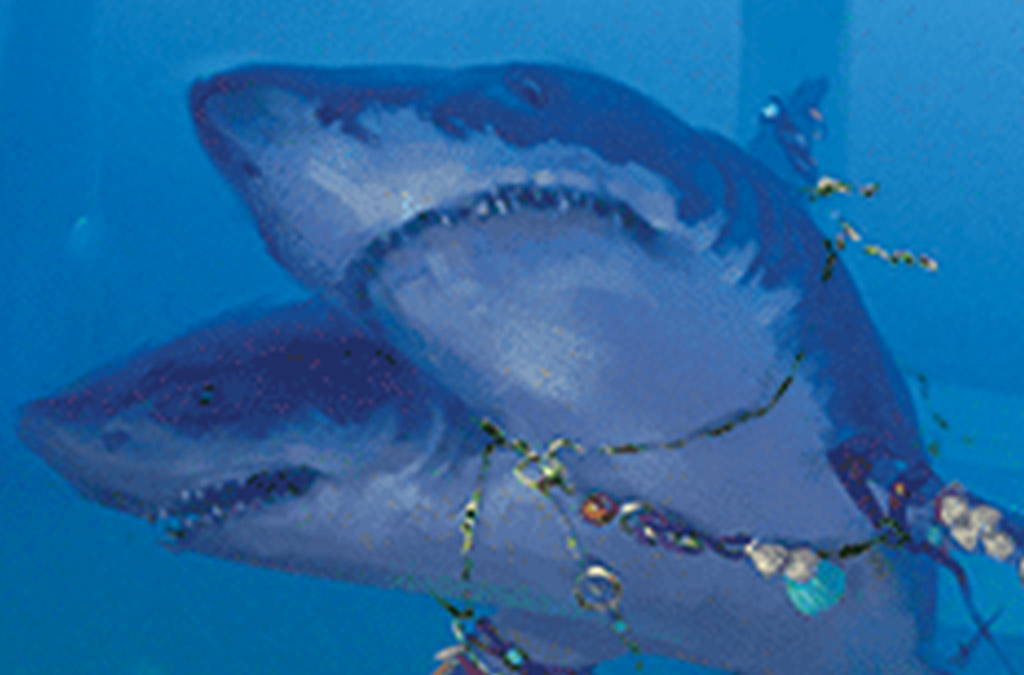 Two horn blasts are heard – the signal for Squid Squad to begin their assault from underwater!  Sharks and sahuagin are spotted in the distance, lurking in the kelp forest.

Firbolg with Aerial and the merfolk warriors along with Drench and the sea goblins buy valuable time. Several members of Squid Squad are able to move past the enemy armies and spot the entrance.  A huge 2-headed shark swims at incredible speed toward Snaps and attacks. Squid Squad takes out a 4-armed sahuagin rider. The 2-headed shark disappears into the kelp forest.  Most of Saltmarshes sea armies have been destroyed or routed by the sahuagins. Firbolg swims into the kelp and hears a tiny voice in Sylvan, “sea devil leaders are in the kelp, help!” and ignores it.