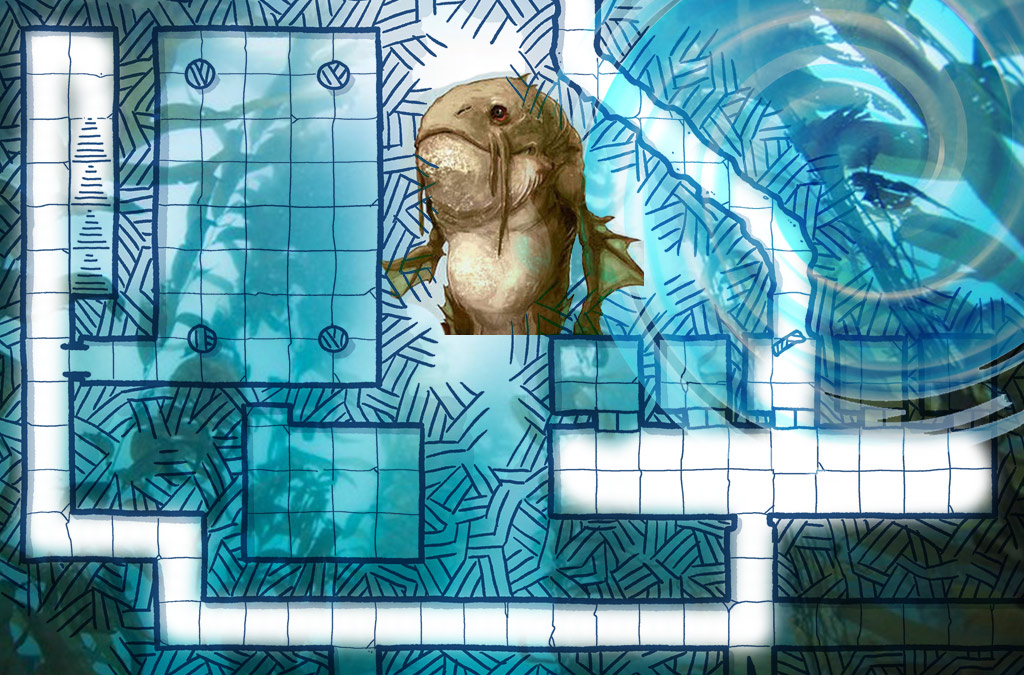 Squid Squad enters the sahuagin stronghold and wait for the remaining party members (Kelda and Firbolg) to catch up. Firbolg gets caught in a whirlpool.

Sargassum throws out some rope for Firbolg to grab hold. Kelda uses Misty Step to move past the danger. Quixsy, Guy and Snaps apply first aid to wounded party members. Borgas keeps an eye out down the hallway.

Firbolg eventually manages to swim out of the waterpool. Kelda spots more sahuagin in the kelp but does not engage. Once everyone is inside the fortress, Sargassum closes the gate and disables the opening mechanism.

Down the hallway sahuagin prepare to fight and defend their lair. Rushing forward Snaps, Sargassum Quixsy and Firbolg intimidatingly burst forward.  A group of 6 sahuagin guards are encountered, Squid Squad quickly defeats them. Borgas hangs back at the gates attempting to hold back the sahuagins.

Squid Squad has now re-entered the sahuagin torture chamber and prison cell area – they make their way past the armory and to the NW staircase leading upwards to the Royal Hall.