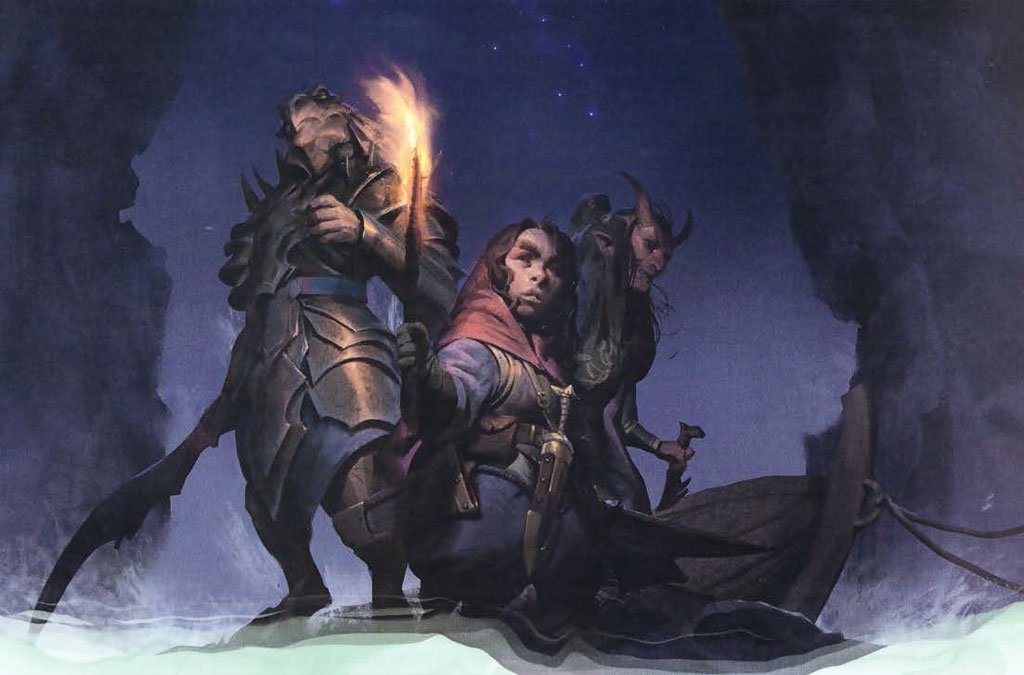 Sar-Gassum and Guy have been shanghaied by a dwarven sailor named Rum-Rat! After a close encounter with a rot grub, they join the party and continue to explore the cellar and lower caverns.

Adventurers continue further into the caverns, they encounter some strange slime and then a coffin in an alcove. They position themselves around the coffin, and prepare for the worse. As Quixsy flips the lid open a spooky voice yells out “I will feed on your blood” followed by laughter. The coffin is empty. The group bunkers down, waiting defensively and the laughter continues.

Just before the laughter stops, two snipers with longbows appear from the rear and hit Valamoir. Once again, Valamoir goes berserk. More voices of the smugglers are heard ahead. A chaotic battle starts. Valamoir goes unconscious, Kelda throws fire, Quixsy throws a coffin lid, Guy mocks the attackers, Droth stabilizes and heals his companions, Sar-Gassum gets some revenge on Rum-Rat. Bloody Bjorn is defeated, Snake Eyes is killed and his companion runs away vowing to avenge him. The battle ends when Snaps and Quixsy surround and defeat their narcissistic leader, Sanbalet.

We conclude this session with the group finding smuggled goods (silk and brandy) and a small boat. They explore the remainder of the house and return to Saltmarsh with the smuggler’s gear, confiscated goods and evidence.

The “Off camera” search of the house reveals:

Additional evidence of smuggling, rotted furniture and clothing, mold, a lot of insects, misc. building hazards, some spare coins and gems and a bag of filthy socks.  The Marines are rewarded by the Captain of the Guard, Elliander Fireborn. Stolen items are returned to their owners, etc.  The adventurers are also given some of the stuff as part of their reward. Guard Captain Elliander says “some of this might be useful to you in the near future, and some of it I just don’t want to deal with.”