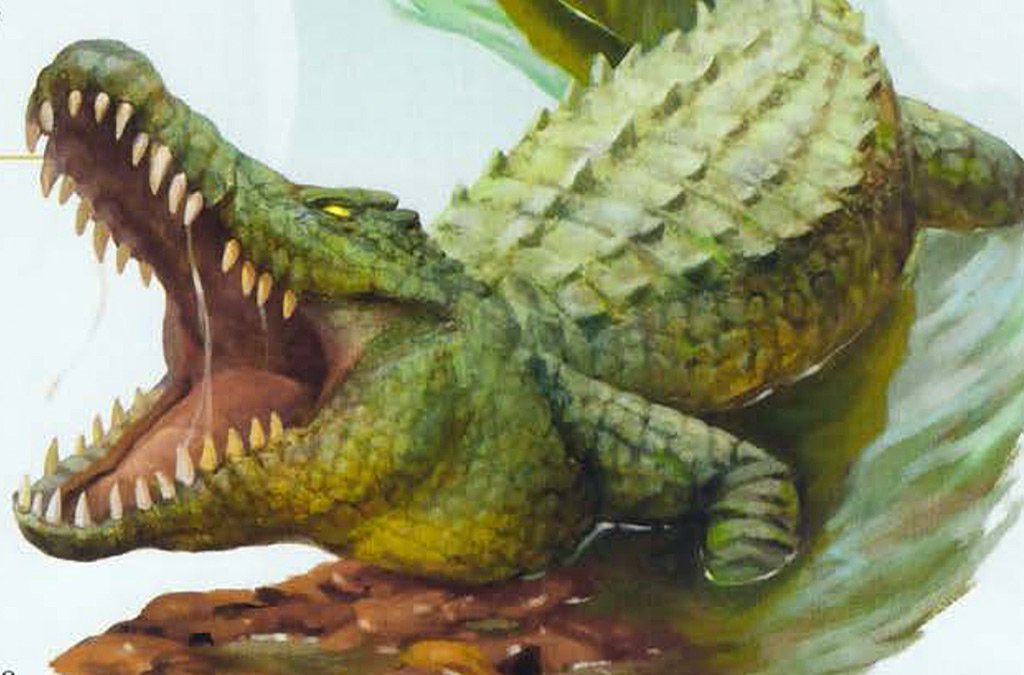 The Hunt for Thousand Teeth, The Devourer.

The Lizardfolk Queen asks adventures to deal with a legendary creature.

Lizardfolk, Queen Othokent, offers some potions of swamp healing to our adventurers before they depart to find Thousand Teeth, which is said to be a crocodile (although some argue it’s an alligator while others claim it’s a black dragon). Whatever it is, Thousand Teeth threatens the lizardfolk tribe. Adventurers are further persuaded to take on this mission when the Queen tells them that platinum coins can be found at its lair.

Given a rough map, the party decides to take the shorter router and travel overland instead of along the riverbank. During the 8-hour journey, adventurers encounter a large moving tree, insect swarms, and strange oozes. They manage to escape and/or mostly avoid the hazards of the swamp.

Eventually, the adventurers arrive at the lair of thousand teeth. After climbing down a muddy gulley they find themselves at a sickly pool littered with bones and a muddy mound lying in the center. Fog and vines obscure the mound so they plan to surround it and approach carefully. Several snakes are also spotted in the area.

Snaps and Sar-Gassum enter the pool while Guy, Adran and Kelda wait along the muddy bank. Suddenly, 2 giant snakes drop from above!

Sar-Gassum dashes to the muddy mound and spots several platinum coins scattered in the mud and a brass helmet filled with coins. He also heard something enter the pool, and sees a trailing mud cloud.

Snaps, still in the water and feeling noxious from the pool’s contents is attacked!  She luckily survives the first bite and feels  Hundreds of teeth scratch her tortle shell on a second attack. Snaps manages to retreat and pull herself up the slippery bank, away from the pool.

Adran and Guy both become grappled by constricting snakes. Kelda persuades the snakes to release her friends, Adran’s unconscious body rolls into the water. Guy tries to save Adran but it’s not enough against Thousand Teeth’s multiple attacks.

Sar-Gassum manages to retrieve some platinum coins from a brass helmet buried in the mud before dashing back to to rejoin his companions (minus Adran).

Our surviving adventures now face a decision – return to the lair, or consider themselves lucky and head back to Saltmarsh?