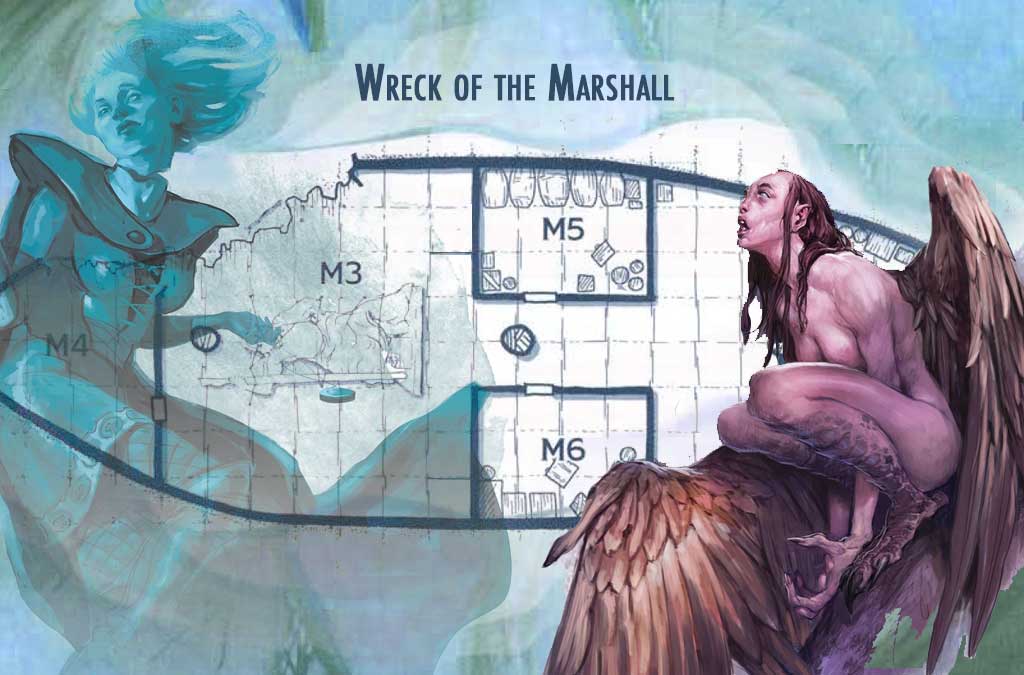 Adventures continue to explore the shipwreck of the Marshall – in search of a cursed dagger dedicated to Vecna.

Guy, Snaps and Jamie enter a room at the bow of the ship, the water is very cold a small alter floats above the floor and slowly spins. 4 Rows of rotting benches.  Snaps and Guy cannot  find a way to open the altar. Snaps is left alone in the cold room to tie the anchor to the altar so it can be retrieved. Before the altar can be pulled out, Snaps undoes the line and swims away from the ship. Others follow and try to stop her, but she is too strong. They tie Snaps up, she gets mad and cuts the rope with her battle axe. The magical anchor is temporarily disabled.

Jamie searches the remaining rooms while others attempt to stop Snaps. Snaps is pulled back into the boat. Sar-Gassum attempts to retrieving the altar. Before he can finish, he becomes possessed by a spirit and Snaps and  Sar-Gassum make their way to the  Harpy’s Nest.  There is a battle with the harpys. Kelda calls lightning onto the nest and the harpies fly away.

Treasure found in the Harpy’s Nest: