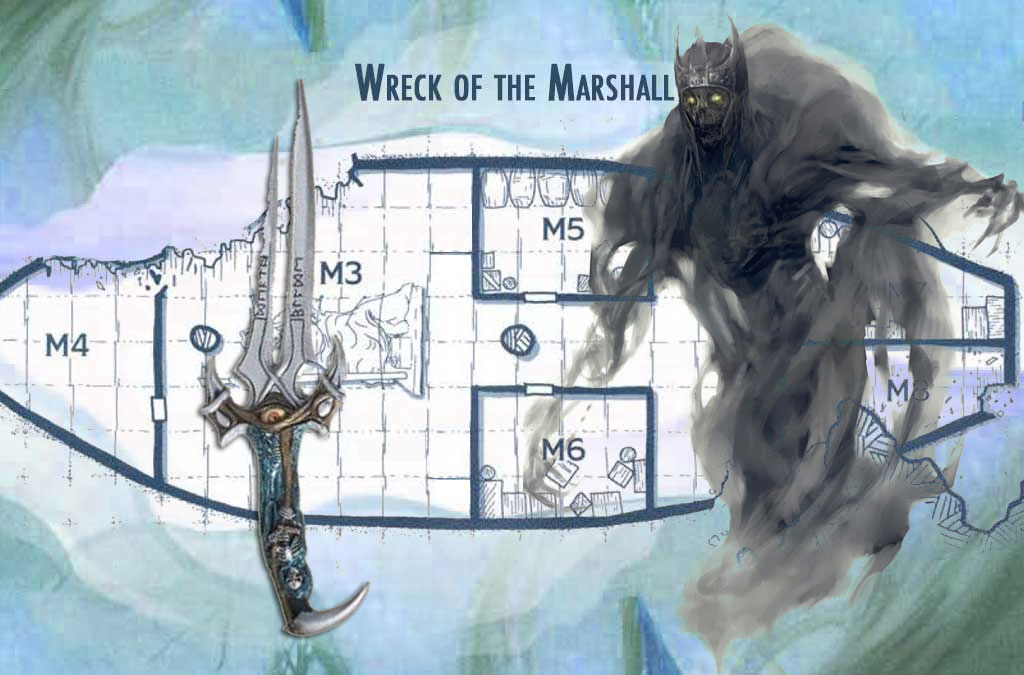 We continue from last session as the adventurers finish searching the nest – recovering treasure and humanoid skeletal remains, then destroying the harpy’s nest.

They plan on resting in Guy’s magic hut at the shipwreck, but are turned back by a pair of ghosts. They demand that Snaps and Sar-Gassum leave. Guy offers to help by burying the remains of the ghosts’ comrades. Calimara explains that they don’t have much time, the forces of Vecna and Demogorgon will return soon.

After resting on the beach overnight, the group returns to find the dagger but first they need to deal with a group of Merrow lurking in the wreck. After defeating the Merrow, the search for the dagger starts with the large statue. Another chain is broken and a wraith appears and attacks, but the group continues the search. Eventually they are able to move the statue and beneath Snap’s feet is a dagger. She reaches down to pick it up and becomes paralyzed. Guy safely retrieves the dagger and the group tries to carry their 400lb tortle comrade out while the wraith continues to attack them.

Barney, the giant crab, reminds Guy that the bodies in the brig should also be buried. Guy and Sar-Gassum recover the remains while Kelda, Jamie and 2 dogs push/pull Snaps out of the shipwreck.  Once the crew’s remains are buried, Calimara’s ghost appears. She is grateful and rewards the characters with the ship’s treasure.

The party returns to the Saltmarsh and is rewarded 300gp when the broken dagger is given to Eliander Fireborn.