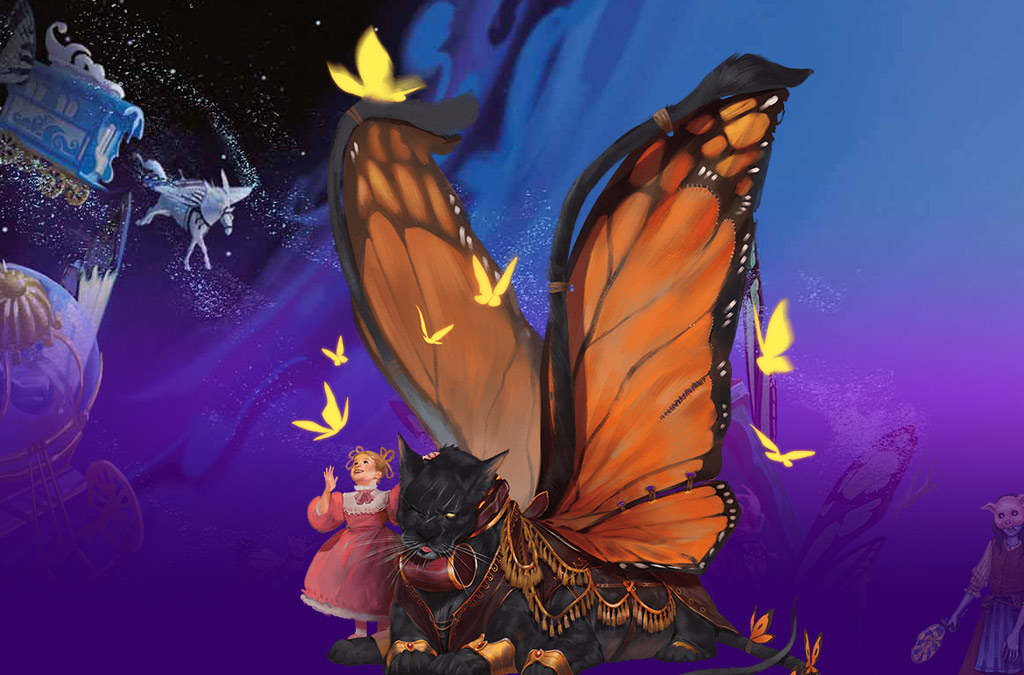 Four children rush into a carnival chasing down a pet owlbear cub, Juniper.  You gave chase, and before you knew it, you trespassed into the carnival…without a ticket. Juniper was returned to her owner – Candlefoot, a clown in black and white attire. The group was rewarded with magical dandelions that allowed them to participate in some games. Towards the end of the night, Poppy realized that her prized ant figurine was missing from her backpack. She reported this to Candlefoot who promised to keep an eye out for it. When you returned to the carnival site the next day, the carnival had already left for its next destination.